In every society, there are variations in how people live. This might depend on cultural diversity, social setting among others. Regardless, some people become rigid and fail to adjust when they go to places where the level of civilization is a bit advanced.

Some lifestyles will become odd and surprising to many people especially when they have never seen a particular trait before. Take, for example, you bring a boy from the village to town – the excitement and amusement he will have will not be the same with a person who has been living in towns and cities.

Therefore there are various factors that trigger the difference in how some people live.

In South Sudan, there are also some old-fashioned bad habits that might be existing among the locals and these habits might become embarrassing when they are carried on to a society with a much higher level of civilization.

Have you ever spat on somebody? You will agree with me that it is really disgusting. That’s the same feeling you get when you see someone is spiting in society.

Some South Sudanese are just badly mannered, they don’t care whether the spitting habit affects you or not. They just keep doing it regardless of their location.

Trust me, this habit is a total turn off.

Some South Sudanese are generally angry people. You suddenly step on them and say sorry, you better commit suicide. The wrath they will explore on you will be like you committed murder.

They don’t love to hear the word sorry and simply take sympathy as a sign of weakness.

Such people are a result of psychological traumas and depression.

This category of south Sudanese thinks they have conquered the world. They want to show off their luxurious lifestyles at the expense of the suffering citizens in the country.

If at all you’re that rich why don’t you help the poor and needy that have become refugees in their own country?

This attribute has got the world talking that south Sudanese have money and yet that’s not the reality. There are peasants and individuals suffering in the country at the expense of the minority.

Some cultures in South Sudan encourage the practice of marrying as many wives as possible. Well, this wouldn’t be a problem but the fact is, there won’t be enough resources to cater to the entire family.

Children grow up to become street children and gangsters

When it comes to bride price, there is no difference between buying and selling of goods.

5. Love for music without the talent

Some South Sudanese are wannabes. They like the idea of becoming a musician without talent.

They admire the lifestyle portrayed by the American music industry and think they can keep with the Jones.

You find someone giving up their career and education just to start music and when you listen to their music, there is little to no talent at all.

If you know how to speak the American accent, you will prove me right with this one. Many south Sudanese cherish the black American accent and they will do anything to shine.

But you know when you’re not something, that side of you will always reveal itself.

They try hard to appear the gangster black American without the style and the flow.

When it comes to Alcohol Consumption in south Sudan, this industry is a multimillion industry. Rather than taking alcohol for fun, you find people drinking for satisfaction. I mean the kind of drinking where you can’t tell whether you’re alive or dead.

A drunkard will love to buy you an alcohol rather than giving you physical money.

In a country with over 64 tribes, tribalistic tendencies like nepotism and corruption become an obsession. Cultural myths and beliefs always tend to affect the political, economic, and social status of the country.

People are identified and limited by their tribes. In the process you discover that power is abused by those in authority and funds that are meant to provide services to the common citizens are diverted for self-interests.

Finally, South Sudanese are generally nice and honest people. No matter how many rotten tomatoes exist in the country, there will always be a few nice personnel. It’s irrational to judge South Sudanese as bad people. Share in the comments some of the bad traits you noticed about south Sudanese and leave a suggestion. 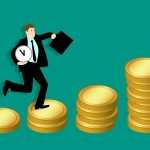 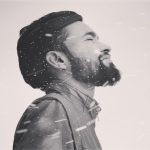 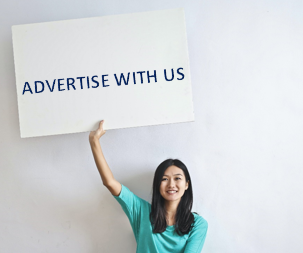 Entrust us with your business ,website or event and we bring your clients closer. We have over 4,000 subscribers ready to consume your product or service.

Milasona is a place where you can get solutions to all of the problems that you may face online.

Milasona provides quality articles to help readers with their queries.

Everyone is free to contribute by submitting their article to the Admin for Review.

At Milasona,we make your user experience unique and memorable. We are always ready to listen.