Switch to the dark mode that's kinder on your eyes at night time.

Switch to the light mode that's kinder on your eyes at day time.

South Sudan still has many opportunities for the youth. Regardless, the youth still remain the most vulnerable when it comes to making choices due to the social, economic, and political structure of the country.

Over the past few days, I have been observing social media becoming vibrant with Daniel’s Show which has captivated both my attention and the attention of the majority of the youths in South Sudan.

So I decided to reach out and find some of the ice bags behind the show. Stay tight as I take you through what the show is about and how it came into existence.

What is Daniel’s Show?

Daniel’s Live Show is a platform where young people can have an open and honest discussion among themselves on issues facing them and society at large.

The show-themed “The Choices You Make” hosts different kinds of people ranging from Celebrities, Entrepreneurs, politicians, and other influential figures in society.

Daniel Mwaka Masimo believes that the youth need a platform where they can discuss their issues freely and be able to hear from their leaders thus creating the show to act as a medium to connect the youth to their leaders.

But who is Daniel Mwaka Masimo?

Daniel Mwaka Masimo is the founder of Daniel’s Show. He is also the Executive Director of Youth Empowerment Organization, a counselor at National Youth Union, and also runs House of Talent-South Sudan.

Daniel came up with the idea of starting up the show in 2015 and even did a promotion about it with Studio 34. However, the project couldn’t start not until last month.

How is the show promoted?

Daniel Mwaka Masimo mainly promotes the show on social media and is also a radio host hence promotes his show on 89.0 Capital FM which is one of his sponsors.

The show has lasted for two months and has seen young people come up strongly to support it.

Is there any charges involved if you want to attend the show?

Daniel’s Show is free of charge. This is because Daniel wants to give an equal opportunity for young people from different walks of life to attend the show.

However, well-wishers and people are encouraged to support the show financially since it requires a lot of money for it to run smoothly.

The show takes place at Natos Coffee House Kololo, adjacent to Goshen House. It runs every Tuesday from 6 to 9 PM. As much as space is becoming smaller every other day, there are no plans for relocation.

Don’t be on tenterhooks waiting for the right moment to make a difference. Every little effort you put in counts. If you wish to support Daniel’s show, kindly reach him via email at danielsliveshow@gmail.com. See you at Daniel’s Show. Don’t forget to share your thoughts in the comment section below.

Share via:
See Also:  Stay-At-Home Jobs, You Can Do In South Sudan 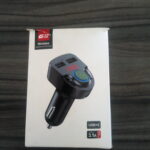 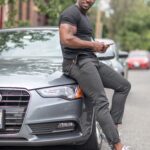 Don’t miss out on new posts

Your password reset link appears to be invalid or expired.