The frequent theft of public funds by corrupt government officials is dominant in third world countries with South Sudan among the worst in the world to suffer from its negative effects. The nation’s elites have developed a kleptocratic system that controls every part of South Sudan’s economy.

According to Wikipedia, the nation was ranked fifth on Transparency International’s 2014 list of the most corrupt nations, preceded only by Somalia, North Korea, Sudan, and Afghanistan.

A 2012 report even stated that more than $4 billion in government funds have been stolen since the emergence of self-rule in 2005. The major scandal since the beginning of self-rule has been the so-called “Dura Saga” although there have been multiple instances of similar wrongdoing.

All this has come about due to the problem of serious lack of transparency in South Sudan government records and business information. Any attempt to request official data can be turned down without any reasonable grounds.

As much as the government may pay a deaf ear, corruption scandals do reflect the failure of the government to contain the problem of fraudulent theft of public funds by its own officials. Its detrimental effect is affecting the standards of living of the people of South Sudan hence tainting South Sudan’s image globally.

So for the government to fight the problem of theft of public funds, it’s vital to first identify and understand different types of fraud indicators/risks before structuring solutions to combat them. Some of the fraud indicators include;

Contractor fraud is one of the most common ways public funds are stolen and transferred to the organization’s employees, political associates, friends, family members, etc.

Here are some of the indicators that can be used to identify this kind of fraud;

This type of fraud is very similar to contractor fraud and it is carried out on an immensely large scale. Examples include;

Payroll fraud is more rampant in government institutions ever since South Sudan’s independence, and they have taken so many forms including nepotism, ghost employees and so much more. Here are some indicators of payroll fraud.

While similar to the payroll indicators, financial fraud indicators are usually more direct and are easy to spot. Some of them include;

While contractor, financial, procurement, and payroll fraud are the major fraud sources in organizations, there are still other general fraud indicators that shouldn’t be overlooked as they are still loopholes that aid the theft of public funds. They include;

Basing on the above-listed fraud indicators in government organizations or even private organizations, implementing technology-driven systems that increase efficiency and effectiveness in accountability is key to fighting the theft of public funds. Below are some strong ways the government of South Sudan can use technology to fight corruption in government entities.

To get a better understanding of what blockchain means, it’s important to know that blockchain is a public growing list of records called blocks. These blocks are linked using cryptography. By design, the data in blockchain cannot be modified. So any legitimate or illicit transaction can never be modified or removed.

Once a transaction gets captured in a blockchain, the details of the transaction e.g the asset price and ownership are automatically recorded, verified, and reconciled in a matter of seconds. It is public knowledge that this process is 100% irreversible. Blockchain would build an extremely transparent work ethic as data can never be altered or tampered with once entered into the system. Anybody that tries to alter it would be publicly identified and verified.

While blockchain technology was initially created as an accounting method for virtual currencies such as Bitcoin, it’s possible to digitalize, program, and insert any document or any commercial application into the blockchain.

Digitalization Of The Entire Workflow Of Every Government Entity

The government of South Sudan should digitalize the entire workflow of its operations by setting up a network-based revenue management system where all workflows regarding generating orders, receipts, payments, recording data, etc. can be linked to one centralized system.

This would ensure that every single operation of the entity is centralized and monitored remotely. This way accounts can be easily reconciled since data is automatically recorded every time an activity takes place.

There should be an anonymous computerized system that makes reporting suspicious fraudulent activities extremely easy. The access to fraud report data should not be kept too private, because when a small clique of people controls information, they can easily alter it by deleting or modifying it. The data on fraudulent reports should be sent over a blockchain network so that it becomes easy to verify in case of an investigation.

The government must carry out periodic unannounced audits. They should never announce information on when audit activity will be done, and the auditor should be completely an independent firm with zero ties to the government entity in question or its staff members to avoid conflict of interest.

Gathering and building up in-depth information on every employee or officeholder should be established at the time of employment and after employment.  This will make it very easy what the employee does when given responsibility and whether the employee is susceptible to fraudulent activities.

Some information that should be gathered from employees and stakeholders are;

By having in-depth information on the employees and stakeholders of any entity, it can be pretty easy to determine which employees is most likely to involve themselves in legitimate/illicit activities in an entity.

There is no better way to instill fear and discipline than prosecuting guilty offenders. The prosecution should be effected immediately on the guilty party with a heavy prison sentence given once found guilty. This would scare away the would-be-offenders of similar fraud activities.

The theft of public funds is mainstream in South Sudan and will continue to create a bigger problem to South Sudan’s economy unless if measures are put in place to stop these vices on an aggressive scale. If South Sudan is to curb fraudulent theft of public funds from its confines, it must implement measures that don’t just target guilty individuals but measures that frustrate the whole theft process and quickly prosecutes guilty individuals with lofty punishments.

What are your thoughts on how the government of South Sudan can use technology to stop the looting of public funds? Share in the comments section below.

Share via:
See Also:  Digitel-South Sudan: Everything You Need To Know About It. 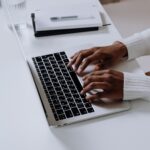 Entrust us with your business ,website or event and we bring your clients closer. We have over 4,000 subscribers ready to consume your product or service.

Milasona is a platform where you can become tech-savvy.

Milasona provides quality articles that help readers with their queries.

Everyone is free to contribute by submitting their article to the Admin for Review.

At Milasona,we make your user experience unique and memorable. We are always ready to listen.